How IoT can Prevent Wildfires 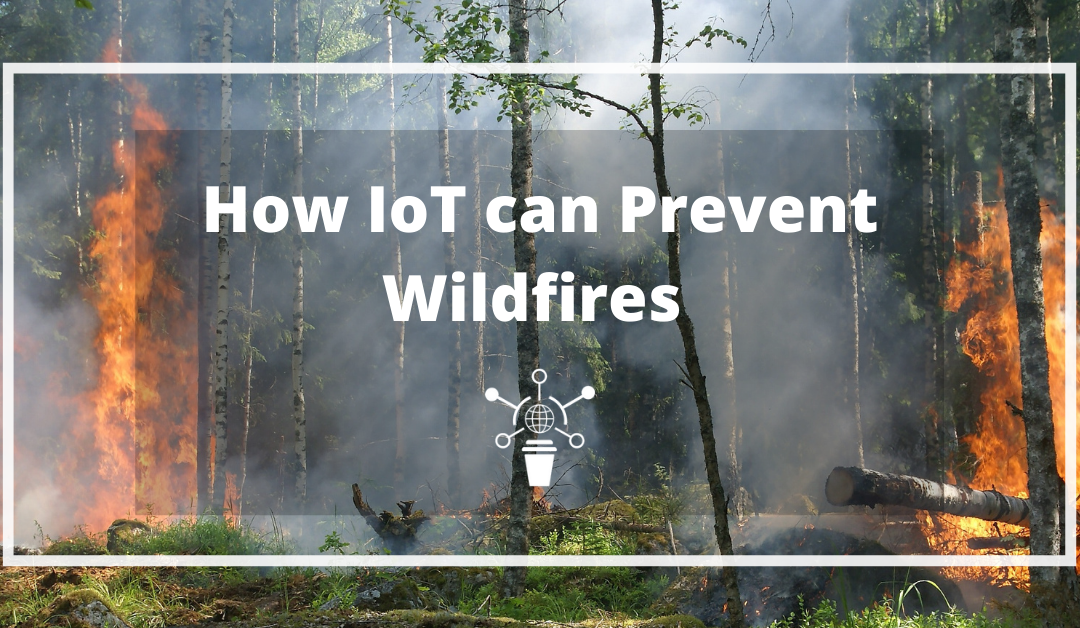 Wildfires are causing devastation across the world. Year on year these mass blazes are growing in size, frequency and duration. Last year Australia saw 46 million acres of wildfires burn across the country, resulting in over 3,500 homes lost and more than one billion animals perishing in the flames. The surge in wildfire impact has continued as we enter 2021, with North America witnessing its worst wildfire season in over a decade. As the temperature rises, destructive wildfires such as the Oregon Bootleg fire, which has grown to the size of Los Angeles and now documented as the biggest in the US, are becoming more common.

With changing climate conditions and temperatures, the impacts of these destructive natural disasters have come closer to the public eye across the globe. It is clear that unless we continue to confront and combat the mounting challenges that wildfires are creating to the ecosystem, forest survival, air pollution, and economic implications, the consequences will be irreversible.

So, how is the Internet of Things being used to prevent and fight wildfires? And what can you do to assist?

The Internet of Things has the potential to play a critical role in preventing and combating wildfires across vast swaths of forest, ultimately protecting the environment, animals, and economy.

Time is a huge factor determining the devastating impacts wildfires can cause to the surrounding environment. Wildfires can take up to 60 minutes to manifest to a raging open fire and spread drastically within a matter of days, making it extremely difficult for fire brigades to control. Catching the wildfire during the smouldering phase is key to mitigating the spread and preventing damage to the environment.

As wildfires become more common, ultra-early detection is the way to go—and one that IoT can help with.

Internet of Things startup Dryad recently debuted their Silvanet ultra-early detection technology, which they have been beta testing throughout Berlin’s forests. The solar-powered sensors are distributed across a LoRaWAN mesh network, which connects the forest over a large region at a low battery power rate, allowing ultra-early detection in even the most remote locations on the planet.

The lightweight sensors can be attached discretely to trees to detect changes and patterns in the air composition for CO2, hydrogen, and other chemicals emitted in the early smouldering stage of a wildfire using AI-based algorithms. Once detected they will then send a warning to local fire departments, as well as a GPS location, so they can respond quickly and extinguish the fire before it grows.

Key features to the sensors include:

In a recent episode of The IoT Podcast, Carsten Brinkschulte CEO and Founder at Dryad Networks spoke on the goals and potential the wide deployment of ultra-early wildfire detection sensors will have globally.

On the climate and air pollution, he went on to say…

‘20% of all global CO2 emissions are from wildfires. So that’s about the same amount of CO2 that the entire traffic, all cars, all ships, all aeroplanes each year are contributing to climate change. Wildfires are doing the same.’

‘At the same time, they’re also destroying the world’s largest carbon sink. That is the forest. So, it’s a double whammy. Every hectare of forest that we can prevent from burning will help to battle climate change because it cuts into that 20% of all CO2 emissions.’

‘Our goal is to prevent about 10 million tons of CO2 emissions by 2030 by installing about 1.2 million sensors worldwide that protect a large area of the critical forest that has a high probability of wildfires.’

And Dryad has already begun its quest to combat climate change and save our forests worldwide. The transformative company has agreed on proof of concept demonstrations with ten forest owners around the world – USA, Australia, Europe, Africa – and is set to mass roll out the sensors across Germany next year.

IoT solutions like that of Dryad’s ultra-early wildfire detection sensors are the inception of preventing and protecting our forests in the wake of climate change and forest fire frequency with limitless possibilities.

What other ways can IoT help protect the environment?

Alongside revolutionising wildfire prevention, the Dryad Silvanet sensors can go beyond and also be used to monitor forest health and growing conditions.

The widespread deployment of these sensors has the potential to measure all angles of the ecosystem to manage and restore the forests from preventing diseases and countering droughts to the optimisation of tree growth and biodiversity.

It is certainly exciting to see where IoT will go as a solution to save and monitor the environment, and one that we can get fully on board with to aid the wide deployment.

To find out more about the Dryad solutions and how we can prevent wildfires together, tune in to episode 33 of The IoT Podcast!